Okay, so i have lot to say about Soulsavers.

First of all, I recently went to see them play with Mark Lanegan in Seattle (at Bumbershoot) and they sounded fantastic. The setlist included "Hit the City", "Revival", and lots of tracks from their newest album.

I took a couple mediocre pictures, here they are: 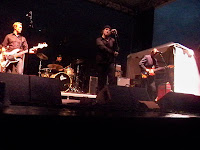 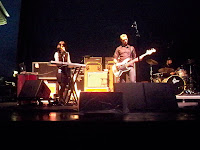 Now, onto the album itself: "Broken" has some chilling, haunting tracks, some with a hint of gospel, some experimental.. and what will really draw you in is the distinctive swing of Mark Lanegan's vocals. This album also has some really great contributors such as Gibby Hayes (Butthole Surfers) on "Death Bells", which is a really good, catchy track. And then there's "Unbalanced Pieces" which is undeniably a brainchild of Mike Patton. It's beyond cool to see a Patton/Lanegan collaboration. Even so, contributors like Patton, Hayes and Pierce are just the icing on a brilliant album. "Broken" is well worth your time - give it a listen and enjoy! 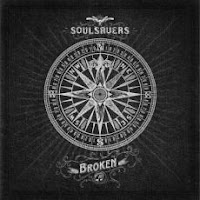 1. The Seventh Proof
2. Death Bells
3. Unbalanced Pieces
4. You Will Miss Me When I Burn
5. Some Misunderstanding
6. All The Way Down
7. Shadows Fall
8. Can't Catch the Train
9. Pharaoh's Chariot
10. Praying Ground
11. Rolling Sky
12. Wise Blood
13. By My Side
http://www.megaupload.com/?d=YD2TW7LP
Another thing.. as if this wasn't enough content crammed into one post.. Here's a cool interview from rocknrolldating.com with Mark Lanegan that was posted recently.
http://rocknrolldating.com/interview/mark-lanegan
That's all for now.
Posted by Cara at 12:14 PM