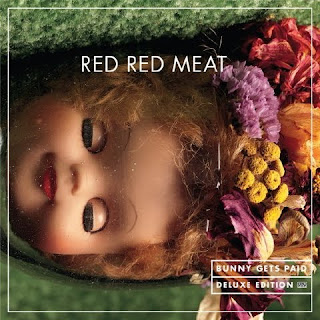 Here's an album by a 90's band from Chicago that sounds like they really should have been from Seattle. That's right, this is "Bunny Gets Paid" from Red Red Meat - an album that is widely considered to be some of RRM's best material and I can see why. You get a messy and sleepy sound combined with ripping, bluesy alt rock and Cobain-esque vocals, as well as some really chilled out, slow tracks which are truly the cherry on top of an already fantastic album. The genuine emotion behind the catchy alternative sound of this album has resulted in me having a huge soft spot towards it and believe me, you will too (if you don't already). Oh and, since I like you so much, I included the bonus tracks from the reissued deluxe version. (The first release was in '95). Enjoy.