News: Mudhoney - "Head On The Curb" LP Out Now! 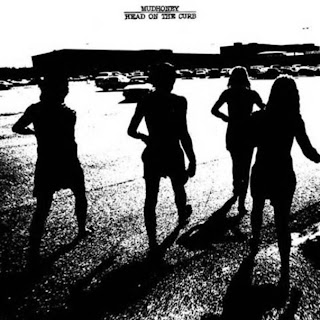 "This vinyl-only release is Mid-period Mudhoney at its RAWEST. Original Bass Player Matt Lukin is in top form, as is the rest of the classic line-up, blasting out songs and ideas, some of which went on to be studio-fied for their Warner Bros debut PIECE OF CAKE, while others got lost to the dark crevices of time…UNTIL NOW. Besides the cover of SCTV classic I HATE THE BLOODY QUEEN, these recordings have NEVER been released, and represent a sonic assault that is pure Mudhoney. Raw, unabashed, and sometimes down-right no-fi. HEAD ON THE CURB writes a new chapter into Mudhoney’s legendary past." --Sub Pop
Um, apparantly this LP was released on the 2nd and Im just learning about it now. I'm currently feeling super incoherant but need to make a post about this since I'm way more hyped on this than any newer Mudhoney material being released and anyone that frequents this blog (do you exist?) needs to know. I can't wait to hear this and I'll post MP3s when/if I can track some down. Order through Sub Pop.
Side A:
1. Ritzville
2. I Want To Live
3. King Sandbox
4. 13th Floor Opening
5. Living Wreck
6. Acetone