Feature: Queens Of The Stone Age Playing SELF-TITLED In It's Entirety 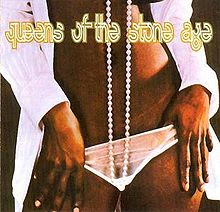 and no...i'm not going to give you the titles of those songs...you'll just have to buy it for yourself to find out (or you could just use this thing i just recently came to find out about called google...apparently it comes in pretty handy)

and if you'd like to see the band play their SELF-TITLED album in it's entirety...go here to find out when and where
Posted by ipecac at 1:42 AM