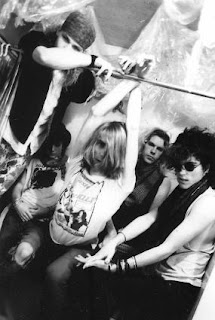 seeing as how you're all patrons of the ritual room...i'd like to think that you know what the grunge is all about

it's rumored that mark arm gave it the moniker "grunge"

see how everything just came together?

the band also spawned a few other bands: mother love bone/mudhoney/pearl jam/temple of the dog

but enough with the words...