Album - Eleven - Awake In A Dream 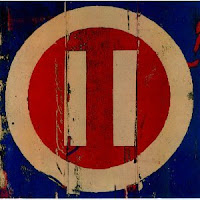 seeing as how the posting of some of the band's albums (here and there) seemed to go over pretty good...i now give you the band's debut album

but it comes with a warning: most folks would call this "sub par" compared to their later albums...and i'm inclined to agree...this has a more pop oriented sound (while still not sounding like anything else pop oriented)

and apparently the makers of the film FREEJACK deemed it good enough to include their song "break the spell" on the soundtrack (which is about the only good thing about the movie...the inclusion of the song...not the soundtrack...just wanted to clear that up...though there are a few decent songs on it)

so unless you want the FREEJACK folks to be better than you...i suggest you snag this up

also...you should seek out vocalist alain johannes' new (also his first) solo album SPARK which was released back in october of this year (unless you want me to be better than you)