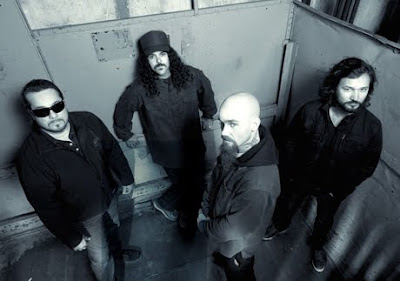 I'm only just now catching myself up on Kyuss Lives! news (it's times like this that I really miss stonerrock.com for their great updates on this sort of thing) and have some European dates to post. Apparently this will be a worldwide tour (?!?!) so I'm really excited to see what North American dates are to come.
3/11 Bergen, Norway - Rökeriet
3/12 Oslo, Norway- Rockefeller
3/13 Stockholm, Sweden - Debaser Medis
3/15 Hamburg, Germany - Docks
3/16 Berlin, Germany - Columbia Halle
3/17 Saarbrücken, Germany - Garage
3/18 Basel, Switzerland - Z7
3/19 München, Bayern, Germany - Backstage Werk
3/20 Budapest, Hungary - Gödör
3/22 Vienna, Austria - Arena
3/23 Milan, Italy - Live Club
3/24 Frankfurt, Germany - Hugenottenhalle
3/25 Paris, France - Elysee Montmartre
3/26 Athens, Greece - Fuss Club
3/27 Brussels, Belgium - AB
3/28 Cologne, Germany - Live Music Hall
3/29 Amsterdam, Netherlands - Paradiso
3/31 Nottingham, United Kingdom - Rock City
4/1 Wolverhampton, United Kingdom - Wulfrun Hall
4/2 London, United Kingdom - The Forum
Also, ready yourselves, there's some talk of a new album. I'm not sure if this is set in stone yet or how to feel about it but hey. A quote from the man John Garcia himself: "Our rehearsals are going so well that we’re thinking of doing another record… Brant [Bjork], Nick [Oliveri] and myself have collectively agreed that once everything is done live and we're done with our solo projects, we're going to do another record." Scintillating.
Posted by Cara at 12:16 AM