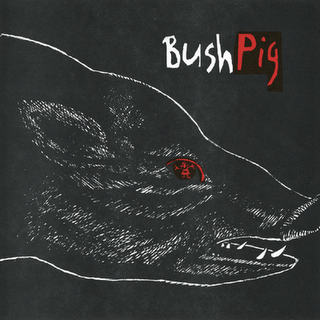 Bushpig was a short lived Amphetamine Reptile project featuring members of King Snake Roost and The Thrown Ups that conjured up some really dirty, frantic, primal noise rock. All that was released by Bushpig was this single and a self titled EP (which features members of Mudhoney) and both are painfully hard to find - definitely hidden gems considering how awesome this project was. Like I alluded to before, this project is exactly what you would expect from an AmRep release and is really messy and abrasive. Obviously I mean those both as good things.