A couple days ago I got ahold of Eagle Twin's debut album called "The Unkindness of Crows" and have been listening to it nonstop ever since. This is a two piece, and I'm really impressed with how massively crushing and heavy this is. This is definitely recommended if you like Sleep, The Melvins or Earth as you can hear a bit of all these bands within this album. Oh, and if you like Iceburn this is Gentry Densley's new band - so there's another reason to check it out.

The band name, track titles and album title let you know what you're in for... Eagle Twin is a band that obviously just has a thing for birds! I guess that's someting that would seem lame and gimmicky if they weren't so damn legit. Enjoy. 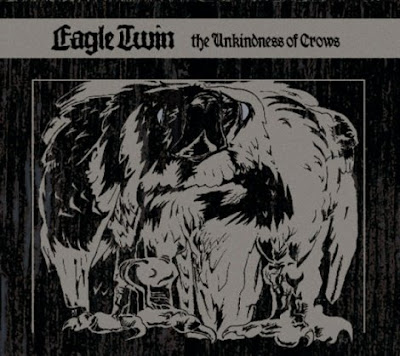