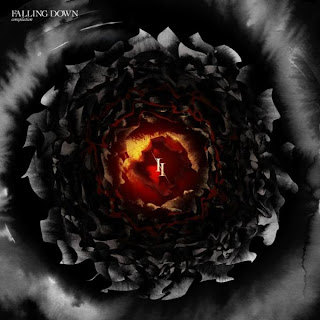 We got an e-mail the other day asking us to talk about and promote this project which was too cool to pass up, so here you go! Falling Down is a compilation being self-released by a couple of French students who have put together a pretty diverse line-up of some well-established artists, along with many that you may not have heard yet. The focus here is largely on European bands from all over, so this is probably a great way to check out new music you may or may not have been aware of. It really succeeds at creating a sense of an international community dedicated to creativity and sound, and shows just how universal heavy music is. And the best part is that 90% of the tracks here are previously unreleased. You may come for that rarity from one of your favorite bands, but you'll stay for all the rest of the great music to check out.

So, onto the music? While the main focus is definitely on dark, heavy sludge, there's such a wide variety of sounds covered here that anyone who reads this blog is bound to find something they enjoy. You'll find anything from sludge, doom, drone, psych. rock, post-rock, hardcore, and even grind. Even with so many different sounds, the main atmosphere of the comp stays relatively similar, which is quite impressive. You can tell that a lot of thought and love went into putting it together. Don't listen to me though, give this a listen and see for yourself.

If you like what you hear, head over to the Falling Down myspace to order yourself a copy. They're limited to 1000, and contain largely unreleased tracks, so this shouldn't be a hard decision on your part. Support independant music.