News: High on Fire's "Snakes for the Divine" to be released February 23rd

Mark your calendars and call your mother to tell her the good news... High on Fire's long awaited new album titled "Snakes For The Divine" is now completed and will be released on February 23rd 2010. 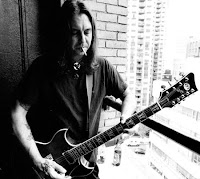 "The track listing for HIGH ON FIRE’s Snakes for the Divine is as follows:

Snakes for the Divine’s album artwork will be brought to life by longtime HIGH ON FIRE cover artist Arik Moonhawk Roper.

Recorded at The Pass Studios in Los Angeles with producer Greg Fidelman, Snakes for the Divine is HIGH ON FIRE’s magnum opus, capturing every nuance of the legendary band’s ongoing musical progression and evolution into one of heavy music’s all time greats. Sharper, faster and darker than anything the group has ever recorded, Snakes for the Divine is an unrelenting tour de force, showcasing cult guitar hero Matt Pike’s utterly unique and inventive musicianship and the band’s epic, thundering sound.
-stonerrock.com "
Posted by Cara at 12:09 PM