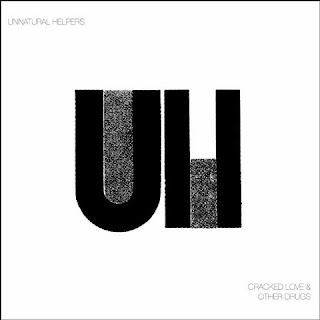 Well, first of all, I don't want to be one of those blog writers that is always apoligising for lack of posts (and then continuing not to post) but I seriously do apoligise for the lack of posts lately. Half of the Ritual Room team was away on a little "business trip" which was very serious business indeed and consisted of seeing the Melvins (twice), Dinosaur Jr and a lot of other bands. But I digress. Here is an album by an up and coming Sub Pop band that I have been really into. I have never really used the term "garage rock" to describe a band, but I will for Unnatural Helpers and this is their newest release titled "Cracked Love and Other Drugs" which, despite being released in 2010, recalls the glory days of Sub Pop. This is really messy, guitar heavy, frantic and to-the-point rock, and even though this album consists of 15 songs it only clocks in at a little under a half hour.