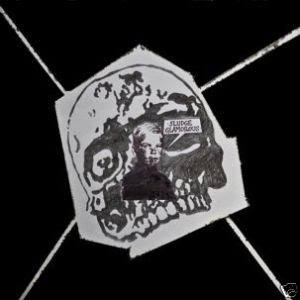 This wasn't really widespread news for some reason but an awesome 12" of Melvins outtakes from "Nude With Boots" was recently released by the label "From The Nursery". The outtakes include a longer version of "Dies Iraea", a remix of "It Tastes Better Than The Truth" and a cover of "Youth of America" by the Wipers. This was released only on vinyl format but it's your lucky day as I got my hands on some MP3s thanks to the Melvins BBS forums (the source of a lot of my Melvins related aquisitions and a lot of my geeky knowledge about the band) and have uploaded them here for your enjoyment.

As far as I know this is still readily available to order online but if you're wanting a copy of this you should probably jump on it soon as only 2000 were pressed on silver/grey vinyl.

1. Dies Iraea / It Tastes Better Than The Truth
2. Youth Of America