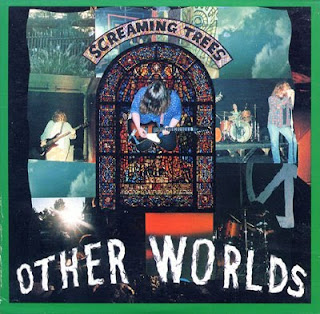 Here is the first effort by the Screaming Trees from 1985. (Can you tell by the album art?) If you're a fan of the band you'll really want to hear this - it sounds almost nothing like the band's famed later material but is a lighter, more literal take on their 70's psychedelic rock influence. I'm a big Screaming Trees fan and have only recently discovered this so I guess you could consider this a hidden gem, or I'm just living under a rock. Either way this is unquestionably an awesome early look into what would come to be a wonderfully unique, cohesive group.

On a completely different note, I'm leaving to go to Vancouver tomorrow to do some hanging out, face all the pre-Olympics madness and watch Rocky Votolato play in a friend's basement. I probably won't be posting for a few days but in the meantime I'm sure your cousin Ipecac or uncle Daniel will feed your collective heads with some music related ramblings. Now I'll leave you with a picture of the Screaming Trees from way back when just so I can pretend that I stayed on topic. 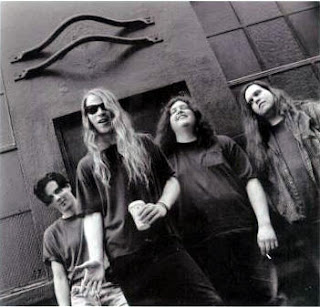