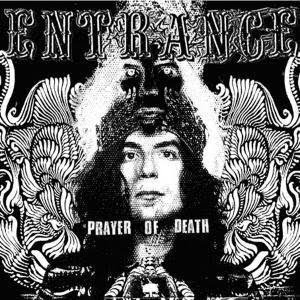 The album I've been addicted to listening to lately is Entrance's fourth release called "Prayer of Death" which, as made obvious from the album title, deals mainly with themes of life and death. This is a brilliantly transcendent, psychedelic work which experiments with everything from middle eastern, ritualistic and tribal instrumentals to sitars and heavy riffs - the cherry on top of all this being Guy Blakeslee's perfectly adaptable vocals.

This album definitely has it's folky, catchy moments but also has a generally dark, blues-laced, haunting feel and will give you chills when you hear Blakeslee rasping out dark lyrics like "do you wish you was one of the lucky ones who could disappear alone?... like you were never here" on the track "Lost in the Dark". I'm actually kind of starting to see this album as a version of "Satori" for the 2000's, which should be reason enough to listen right there. And if you like this then make sure to check out their newest self titled release "The Entrance Band" as well.
1. Grim Reaper Blues
2. Silence on a Crowded Train
3. Requiem for Sandy Bull (RIP)
4. Valium Blues
5. Pretty Baby
6. Prayer of Death
7. Lost in the Dark
8. Never Be Afraid!
DL: "Prayer of Death"