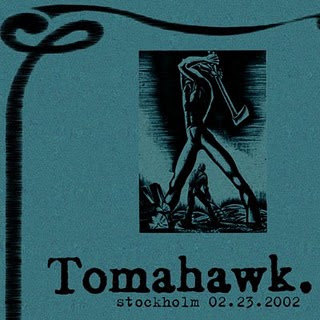 Remember when I uploaded that live Killdozer recording and said that they were one of a handful of bands that I enjoy listening to live recordings from? Well, Tomahawk is definitely included in that handful. (Have you seen that infamous video of Mike Patton singing through a respirator? Badass.) This is a radio bootleg from 2002 of Tomahawk live in Stockholm, which fortunately includes mostly songs from their brilliant self titled album, a handful of tracks from Mit Gas and even a Frank Sinatra cover. Enough said.