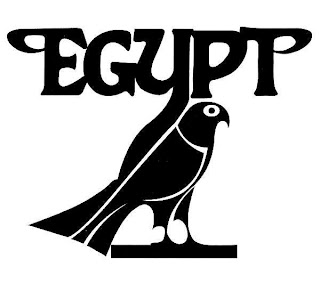 These songs by Egypt were initially released as a self titled demo and have since been reissued and remastered a few different times since the band's demise in 2005, which in itself says a thing or two about how good these songs are. This is a perfect mix of spacey minimalism and powerful angst and is all tied together with a satisfying, heavy, non-stop groove. To me it always conjures up desert images - sun shining, sand blowing around, clear sky... this is probably partially becuase of the band name but also because of the atmosphere they create. This demo is extremely well done and a trip to listen to.
Unfortunately the below tracks are pretty much all Egypt ever released, but the steady rolling grooves on this demo have withstood the test of time amongst hoards of disposable bands in the same genre. This is definitely recommended for fans of Sleep, Down, Spirit Caravan, and Shrinebuilder becuase of the Wino/Sleep vibes that radiate from these songs.
1. Valley of the Kings
2. Queen of All Time (Red Giant)
3. Dirty Witch
4. Touch Ground
5. Snake Charmer (Live)
DL: "Egypt - S/T"
(if you're craving more from Egypt there are also a couple of unreleased tracks on their MySpace page here.)
Posted by Cara at 11:12 AM