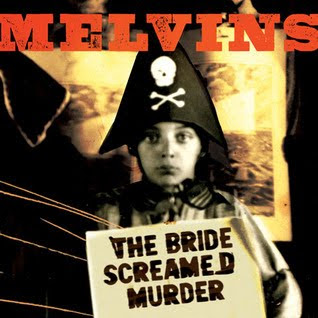 The new Melvins album is titled "The Bride Screamed Murder" and will be released this June 1st through Ipecac (the same day they kick off their tour.) The album art was just revealed and is posted above. This will apparantly be very different from the past Melvins/Big Business albums and so i'm super curious to hear what this will be like! I feel like this lineup hasn't reached their full potential yet and am expecting something great.

Also, as if that wasn't enough good news, a Melvins/Isis split is also set to be released sometime this year. We'll see what develops with that one... for now you can impatiently wait for the new album and hopefully catch one of their tour dates this summer.
Posted by Cara at 4:05 PM