Album: Black Mountain - "In The Future" 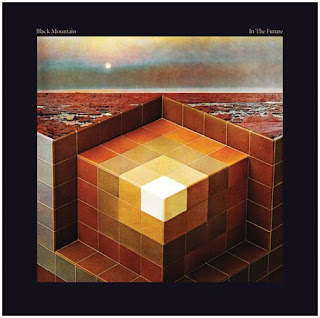 I had a terrible time trying to track this one down for some reason, so here's the second album from the Canadian based rock band Black Mountain titled "In the Future". This is a really eclectic band that's kind of difficult to pinhole into one genre, but they produce some really psychedelic, Black-Sabbath-meets-Neil-Young rock n roll with a serious edge... kind of "folk rock meets doom metal". Actually, this is what I imagine a way darker version of the Walkabouts would sound like - you will be hooked by the steady, catchy backbone of this album and reeled in by the mystical lyrics and psychedelic instrumentals. Not only that, but you will be baited in by the first ripping track, "Stormy High", and won't be able to stop listening from there.
...Can I think of any more fishing analogies to describe this? Probably, but for the good of everyone I'll just stick with posting this album. Listen and enjoy!