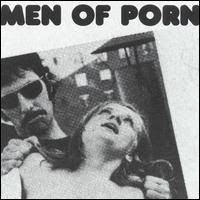 I have a feeling that the "Six Degrees of Kevin Bacon" game of Hollywood could easily be made into a "Six Degrees of Dale Crover" game for heavy music. He has been around the block more than a few times (all the while wearing tighty whiteys and gardening gloves) and seems to have the midas touch on everything he contributes to. On that subject, this is the first album by the Men of Porn; a project of Dale Crover, Tim Moss and Billy Anderson. Their debut release called "American Style" is from 1999 and is everything you could want from an album - deeply crushing heaviness, dirty spaciness and a thick, catchy backbone. I took my brother to see this band with the Melvins and Big Business a few years ago and fully enjoyed his look of horror and confusion as Tim Moss looped recordings of babies crying over feedback and noise. Just saying.