Album: Reverend Bizarre - "In the Rectory of the Bizarre Reverend" 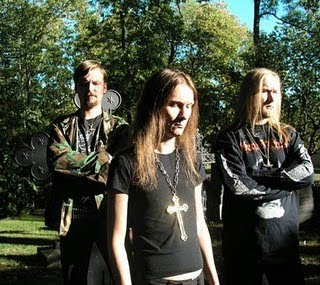 This was recently posted over on my friend's blog, COUNTS OF ARSON.

"After thinking about it for quite a while, and then having my opinion confirmed by some friends, I still don't want to give up. Give up on what, you ask? Give up on finding the most devastating, punishingly heavy album out there... that is heavier than BURIED AT SEA'S MIGRATION.

I'm talking sheer sonic weight, absolutely fucking miserable, monolithic, bigger than a tectonic plate, no-fun, just devastating shit. And it has to sell me from the first fucking note, like Buried At Sea does.

To the best of my knowledge, it is fact that nothing is heavier.
Please, prove me wrong. I await your replies."

Since I am never one to deny a worthy challenge I will probably make a few attempts at this even though it seems pretty bleak. When initially faced with this question, my sight was basically only set on sludge albums and I somehow overlooked one of the most crushing, down-tuned doom bands of all time... Reverend Bizarre! Their debut album "In the Rectory of the Bizarre Reverend" is an absolute behemoth and, clean vocals aside, this is one of the most crushing things I have ever heard. So... going through the list: Devastating? Check! Punishingly heavy? Check! Absolutely fucking miserable? God yes! Sold from the first note? Well, not really. This album is more of a sneak attack of heavy; the first track "Burn in Hell" is doomy for sure, but the painstaking heaviness doesn't really kick in until you get to the second track, "In the Rectory". Can I really call a traditional style doom album the heaviest album ever? I'm not sure yet, but even fans of bands like YOB and Saint Vitus might wince at the miserably slow, mammoth heaviness served up by this album. That being said, even as I type this I'm a bit doubtful that it's weighty enough to measure up with Buried at Sea but it is definitely a worthy opponent... that is, the most worthy opponent I have come up with so far. Questions like these kill me. Feel free to put in your two cents as well, I'm sure we would all sleep better at night. 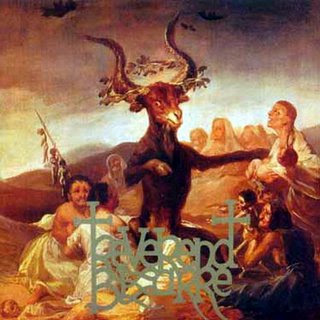 DL: "In the Rectory of the Bizarre Reverend"