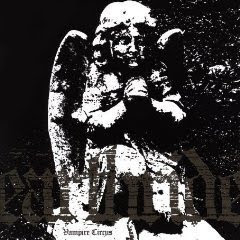 Here is Earthride's third album titled "Vampire Circus". This album may not be as traditionally doomy as, say, their self titled release, but I don't care about any hate towards this album becuase I think it rocks hard. This sounds something like Motorhead and Crowbar being thrown in a blender, then being poured into a swamp and sinking to the very bottom of it, and is just some super in-your-face, ballsy, sludged out Sabbath worship. A perfect party album for those who prefer doomy sludge and chilling out to Ke$ha and Jagerbombs.