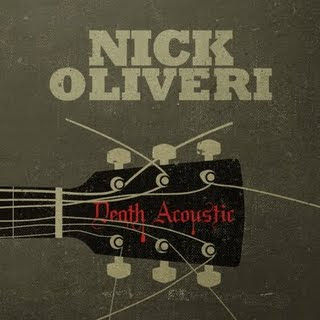 This is Nick Oliveri's recent solo album titled "Death Acoustic". I've always appreciated this man's ability to bring an angry, punk rock attitude to acoustic music and so it's beyond cool to see a complete album of him doing acoustic songs. It's even cooler to see him acoustically cover songs from past bands he's been in such as "Love Has Passed Me By" by Kyuss and "I'm Gonna Leave You" by Queens of the Stone Age. This is Oliveri's second solo album and is all in all a really enjoyable, angsty, comedy laced release. He's also doing a tour for this album right now so catch it if you can!