Here's yet another interview to start off the new year - this one is with everyone's favorite interviewee, Buzz Osborne! (Well, it's mine anyways). You should probably take the time to read this if you're wondering about those Melvins reissues and box set that have not yet come to fruition or a new album in 2010. All and all it's a pretty good, entertaining read and was done for stonerrock.com.

"EGO the Living Planet: This interview is for StonerRock.com so I need to ask something “70`s.” Which would you rather have: a van conversion with a water bed and a painting of a topless chick slayin` a dragon on the side, or a muscle car?

Buzzo: Muscle car. Let me qualify that. I don`t really care about cars whatsoever. I just want the work. If I was rich, I`d buy a brand new fully loaded Cadillac every two years. That`s what I would do. Then I`d turn it in and get a new one. Fully loaded. 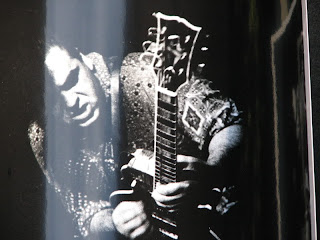 EGO the Living Planet: A friend of mine wanted to know about the recording process for the opening track on Nude With Boots.

Buzzo: What`s the opening track? "The Kicking Machine." Well, not anymore unusual than what we normally do. I`m not sure what he`s referring to. We`re not afraid to do whatever we think sounds good. If we like it we think everybody else should like it too.

EGO the Living Planet: When you die and your widow sells your image to Rock Band and videos surface of a digital Buzz signing along to Blink 182`s “All the Small Things,” are you going to roll in your grave or laugh from beyond?
Buzzo: I`m gonna have my carcass incinerated. I won`t have a grave. I`ll be ashes.

EGO the Living Planet: Are there any plans for more vinyl releases of your recent albums?

Buzzo: Yes, well, the only one that hasn`t come out on vinyl yet is Nude With Boots. That`s coming out on vinyl pretty soon. We have some weird plans for it.

Buzzo: There`s going to be, yeah.

EGO the Living Planet: Are there going to be more regular editions of the stuff on vinyl?

Buzzo: Well, the (a) Senile Animal one, we haven`t even sold our copies yet. When we go on tour again we`re going to have fresh copies of our own to sell.

EGO the Living Planet: What`s going on with the reissues of the Boner albums we heard about a while ago?

Buzzo: We just haven`t gotten around to doing them yet. We`re still going to do that.

EGO the Living Planet: Bonus tracks, anything like that? 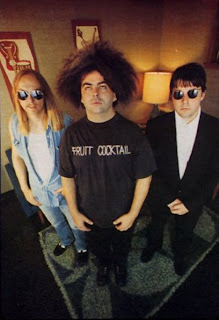 EGO the Living Planet: What about the box set?

Buzzo: That`s going to happen too. Just as soon as we get it done.

EGO the Living Planet: You guys have a number of rarities and non LP tracks in our catalog.

Buzzo: No there`s not actually. There`s not a whole lot. Most of the stuff we`ve recorded has come out.

EGO the Living Planet: Any plans for a compilation of rare tracks?

Buzzo: Well maybe, if it made sense.

EGO the Living Planet: Is there any chance you guys will be taking advantage of new technology to find new ways to present music, like an iPhone ap?

EGO the Living Planet: What`s coming out soon? An album next year?

Buzzo: We have a new remix record coming out in about... a few days. Nine days. Called Chicken Switch.

EGO the Living Planet: After that a new record? Next year maybe?

Buzzo: Yeah, we`ll be recording a new record real soon. I can`t wait. It`s going to be different than what you might imagine. And not in the way you might imagine. "
(This is a long one.. read the complete interview here: http://www.stonerrock.com/interviews/index.asp?InterviewID=277)
Posted by Cara at 12:46 PM