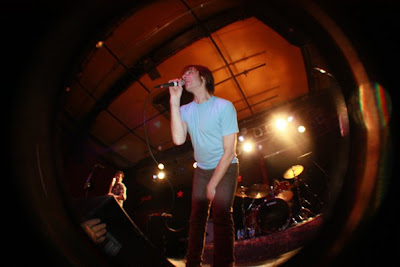 As previously posted, I recently went to see Mudhoney at the Starlite Room in Edmonton, Alberta. They're clearly always a great live band and I was happy to see them for the second time after watching the insanity that ensued while they played at Sub Pop 20th. I actually met Mark Arm after that show but got really nervous for some reason and didn't say much after he signed my "Touch Me I'm Sick"/"Sweet Young Thing..." single.

When the show started I was trying to keep a mental check of the songs they played in order but I have a pretty bad memory when it comes to those things and since I had a couple of drinks in me it was even more hopeless. I can tell you that they opened with "The Money Will Roll Right In" and dived into a few tracks from "The Lucky Ones", then Mark Arm grabbed his guitar and they continued to throw out many classic Mudhoney songs including "Fix Me", "Blinding Sun", "When Tomorrow Hits", "Sweet Young Thing Ain't Sweet No More", "You Got It", "Good Enough", "Suck You Dry" and of course, "Touch Me I'm Sick". It felt surreal when about halfway through their set some guy jumped up on stage and grabbed Mark Arm's microphone and started yelling into it. Needless to say he got dragged off stage pretty fast and after a few adjustments to the equipment he had fucked with in the process they shrugged it off and continued to play.

I was fortunate enough to have my photographer friend Ashley with me, so below are some pictures she took at the show including a gratuitous shot of myself looking pleased while my friends and I were messing around before the show began. You can check out more of Ashley's photography here, she has a lot of really well done stuff and is also joining me at ATP New York so you have more great photos to look forward to from that. The next Charles Peterson? Maybe. 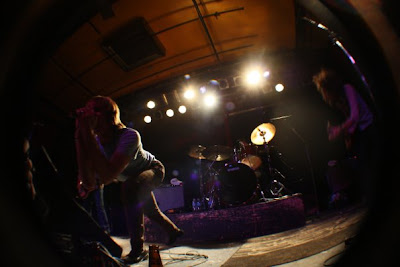 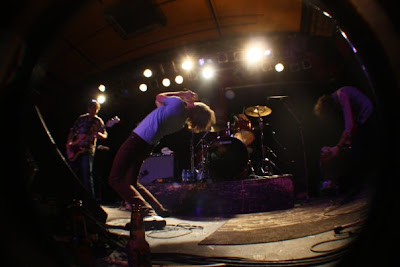 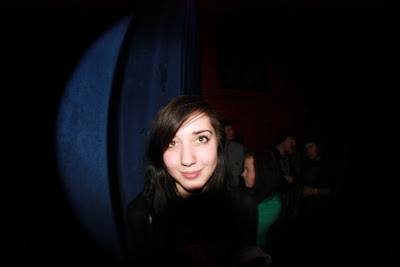