Like most God Bullies, this single could be a soundtrack for losing your mind. Menacingly catchy, gritty, noisy and wierd, it's obvious from this single why God Bullies were a great band. This was released in 1991 but contains versions of these songs from 1986. The first song, "Tell Me", I initially discovered from the "Dope, Guns, and Fucking in the Streets" compilations and it was one of my favorite songs from that epic grouping of songs. The next song, "Creepy People", is a schitzophrenic freak show of glorious, wierd noise. 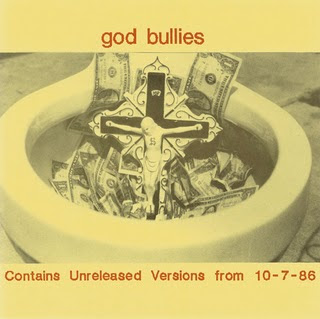