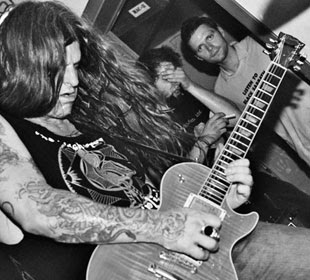 These tour dates were just posted on Shrinebuilder's MySpace blog:

The band will also be playing NY and the 2010 Scion Rock Festival. Details on those dates coming soon."

Playing NY? Could this be for ATP? Sleep will be there already after all...
On a side note, as of today there are over 10,000 page views on this site. There must be drugs in the water or something, but thanks for reading! (despite your possible drug influence, of course.. but I suppose that's just a given)
Posted by Cara at 9:23 PM